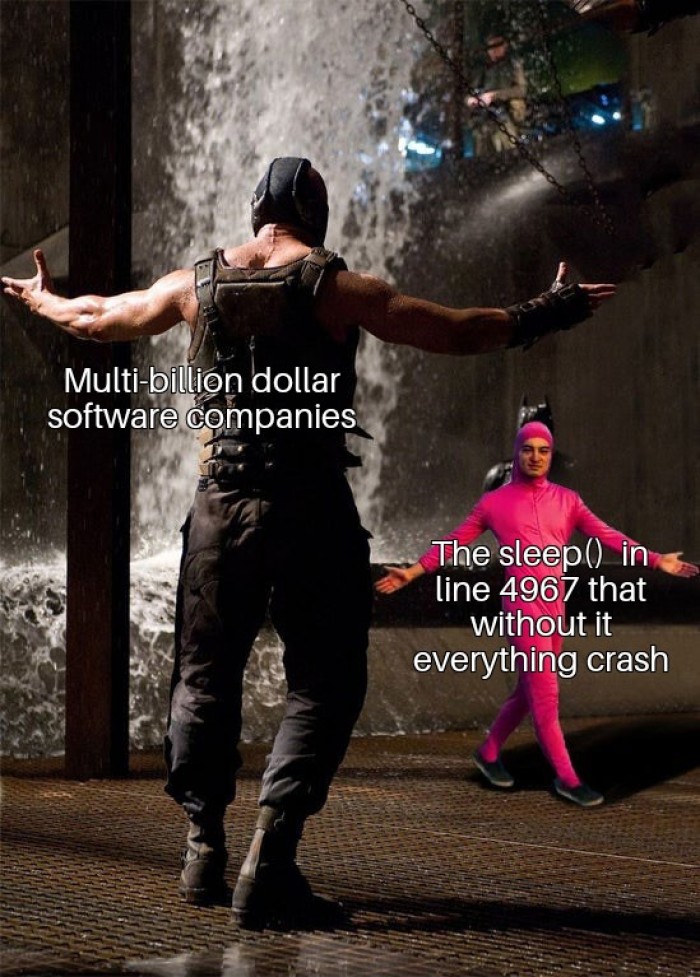 When you create a pull request in your own GitHub repository 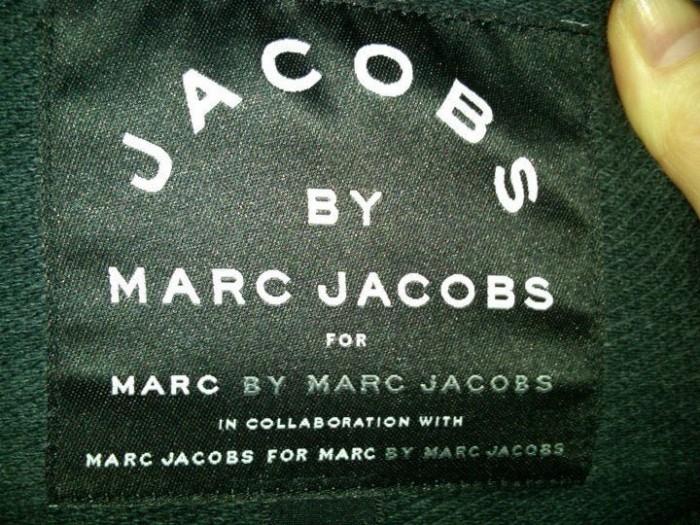 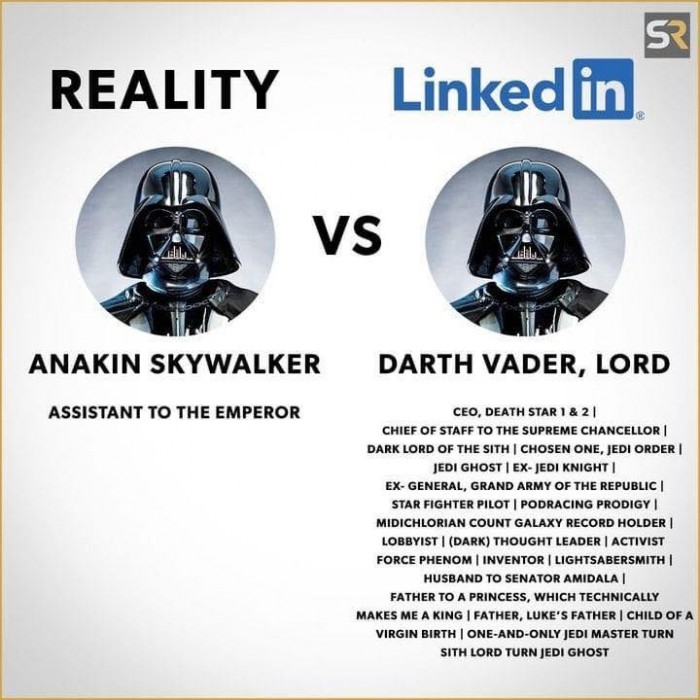 Assistant to the Emperor 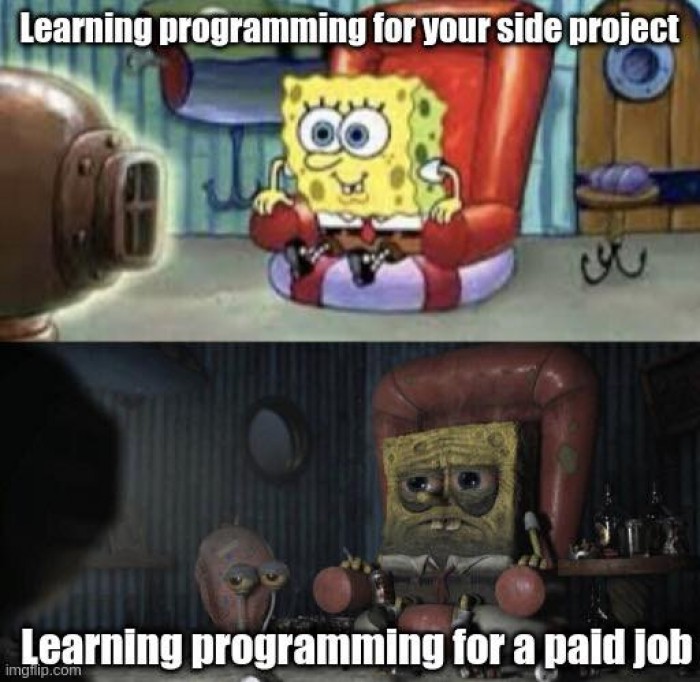 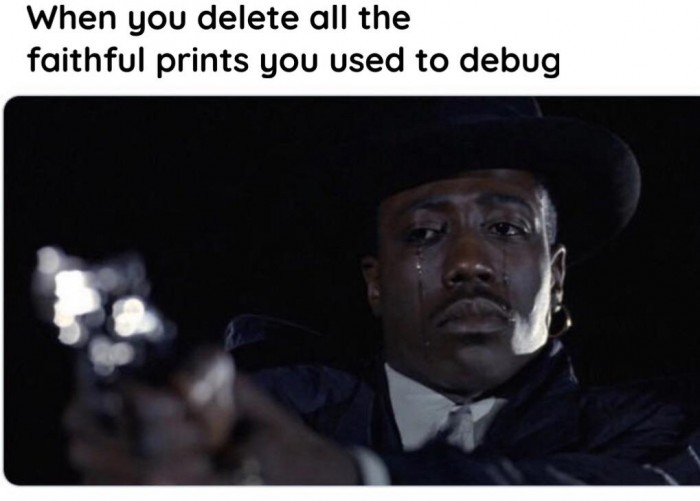 I’m sorry little ones, and thank you

Careful or you might end up summoning a demon. 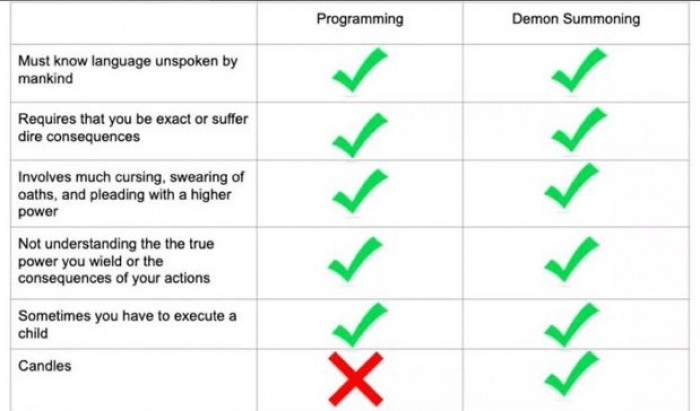 We use rgb lights instead of candles :v

friend 3: most of them won't be solved 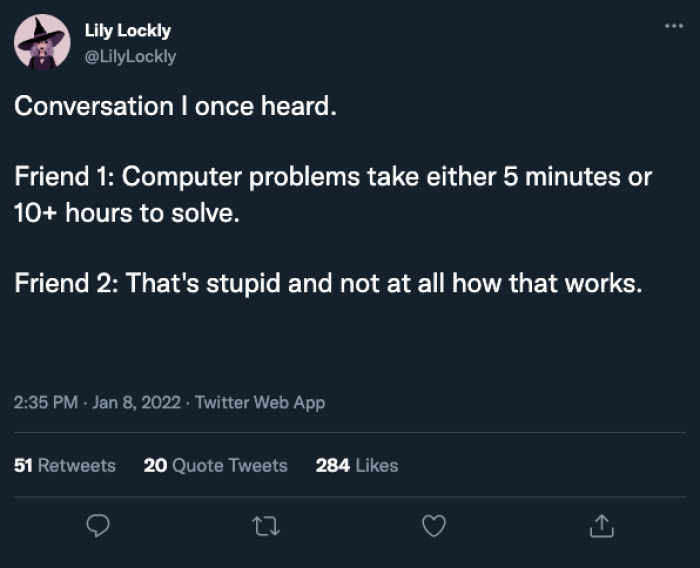 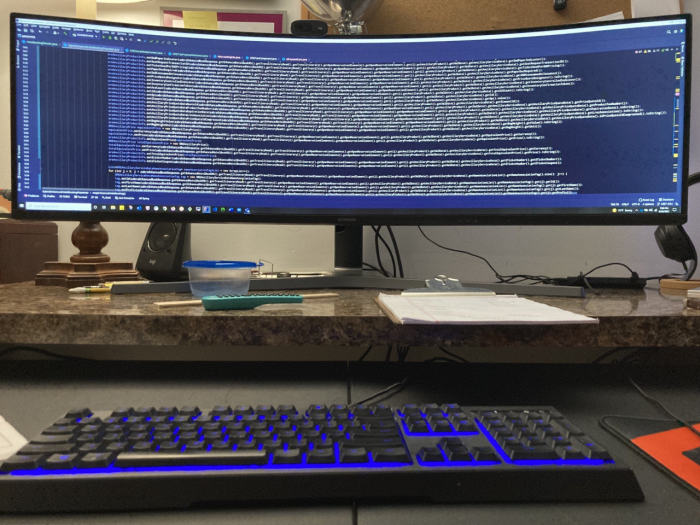 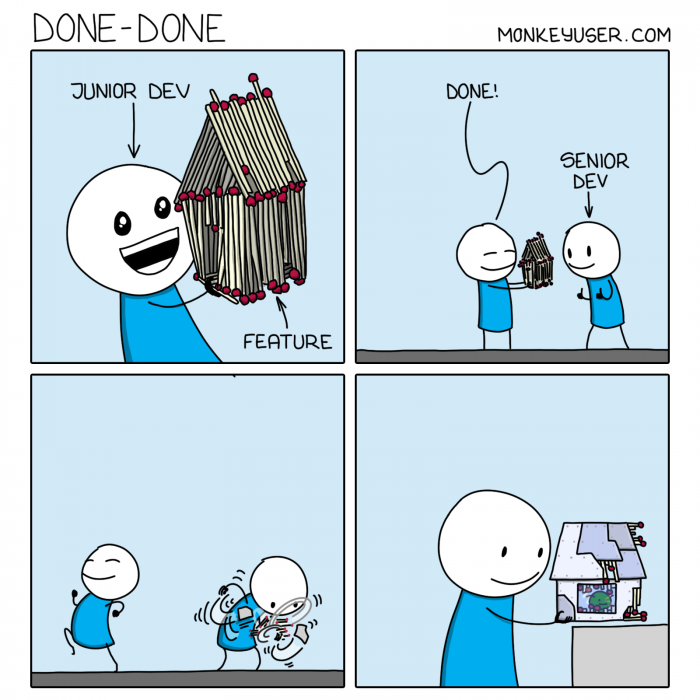 I have done this, and will do it again 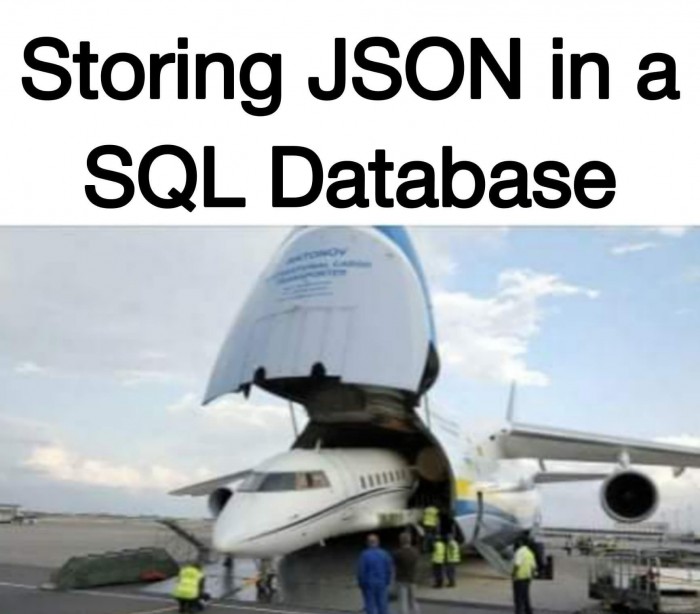 plot twist, in postgres it is also queryable

At the end of the day 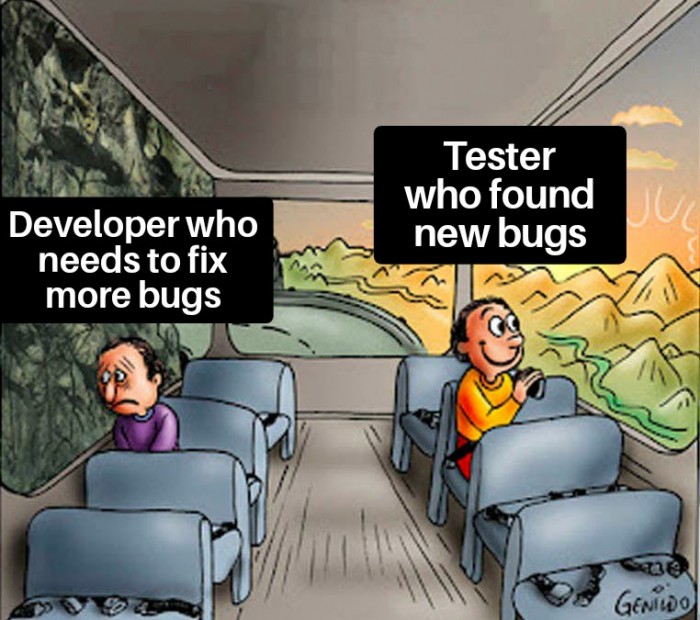 QA here. My favorite situation is one or two bugs for an average feature. More bugs lead to more documentation and more re-testing. But if there are 0 bugs, my anxiety kicks in and I start thinking that I've missed something.

With great power comes great responsibility... such as ... 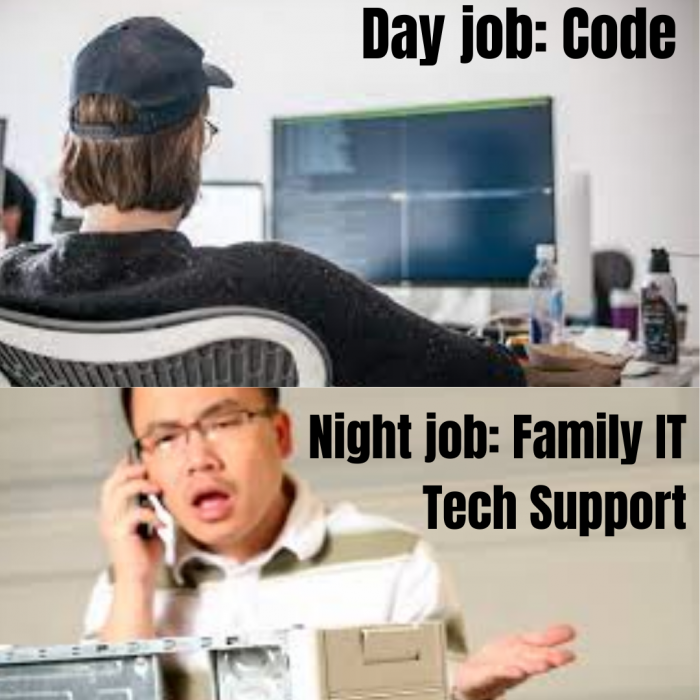 Sometimes it’s not the destination but the journey. 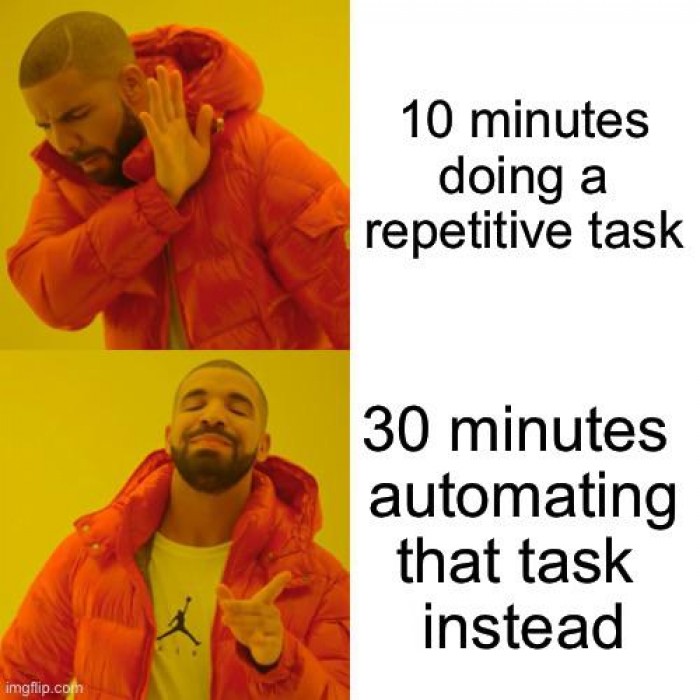 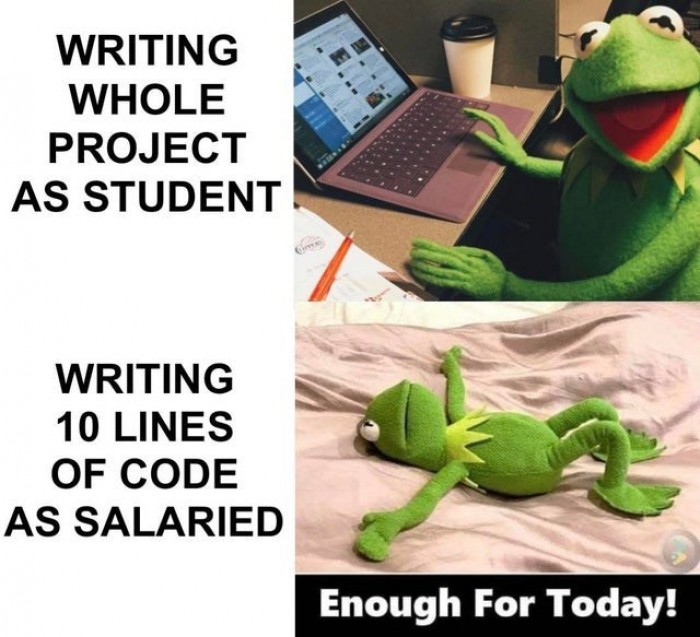 Writing a whole untested project from scratch to fulfill a specific use case and then not maintaining or scaling it.

Writing 10 LoC, spending 2 hours figuring out why it broke some tests, writing your own tests, realizing it doesn't behave as expected for some edge cases, fixing the edge cases, finding that fix breaks some different tests you'd assume to be unrelated, then realizing those tests were actually incorrect and testing incorrect behavior and you've uncovered a subtle existing bug, triaging the impact of that to see if you need to send up a flare, cutting a JIRA ticket for the new bug, rewriting the 10 LoC in a way that doesn't force the bug repro, then running integration tests against the other dozens of subsystems it interacts with for all builds currently in use, then documenting what you did, and it's somehow dark out even though you "started early today because you felt behind" and you're not sure if you actually drank any water today also your wife texted you 90 minutes ago asking if you were coming home soon.

But hey the pay's good.